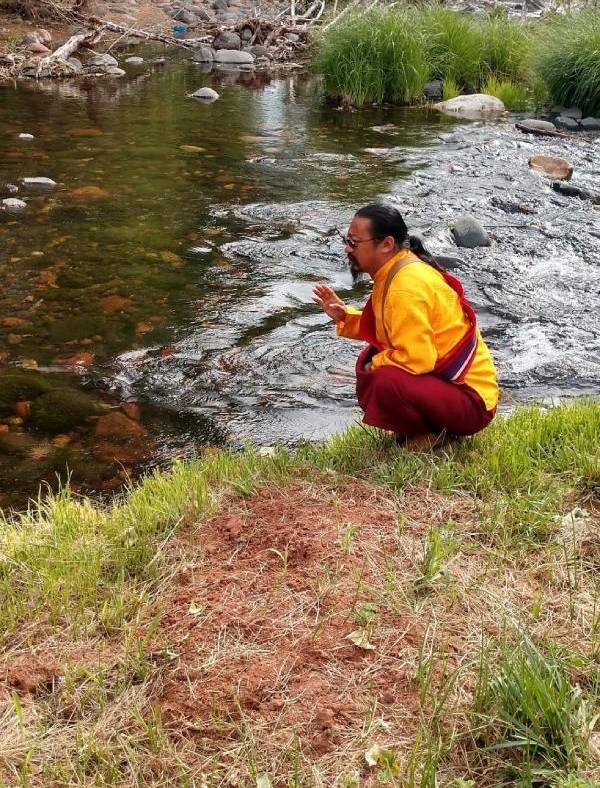 We invite you to join us to experience the refreshing and life-giving waters of the teachings of Shakyamuni Buddha, Padmasambhava, and H.H. Khenchen Lama Rinpoche

Shakyamuni Buddha’s birth name was Siddhartha Gautama. During his later life, he prophesied the coming of Padmasambhava. Padmasambhava is also known as Guru Rinpoche.

Guru Rinpoche brought Buddhism to Tibet in the 8th C.E. at the invitation of King Trisong Detsen. This was the informal beginning of the Yogi tradition. The Yogi tradition began with Nubchen Sangye Yeshe, one of Guru Rinpoche’s five closest students.

One of the many activities of Guru Rinpoche, along with his consort Yeshe Tsogyal, was to place teachings for future times in various locations. The purpose of this was so there would be living teachings that are specifically appropriate for different times through history.

Many of these teachings, also known as ‘Termas’ or ‘Treasures’, were passed to 108 specific individuals who were close students of Guru Rinpoche. These individuals have become known as Tertons or Treasure Masters. The meditation practices and teachings that the Tertons reveal are called a ‘Terser’.

Under specific conditions, these individuals would reveal the teachings and teach people. In this way, the newly revealed teachings would benefit people in that time and also into the future.

When H.H. Khenchen Lama Rinpoche was three, he was recognized as a true reincarnation of Padma Dragngag Lingpa. This was done by the head of the Nyingma lineage, His Holiness Sera Yangtul Rinpoche.

H.H. Khenchen Lama Rinpoche was unusually compassionate and enjoyed meditation as a very young child. His mom, Urgen Drolma, who has passed to Paranirvana, was an advanced Dzogchen practitioner. She strongly encouraged him to undergo rigorous study and practice. On her advice, Rinpoche undertook twenty-five years of traditional Tibetan Buddhist study. This included philosophy, meditation, logic, medicine, astrology, languages, grammar, lexicography, dance, and drama. He also spent a cumulative total of four years in solitary retreat. In 1997, in Rinpoche’s final years of his initial formal education and training, he received the title of Khenpo. After further study, in 1999, he received the title of Khenchen. In 2001, after further study, H.H. Drigung Kyabogon Chetsand Rinpoche, Phagdru Insititute, Kathmandu, Nepal, also conferred the Khenchen title on Rinpoche. Since then, Rinpoche has taught in America, Europe, and Asia.

Rinpoche has revealed many Treasures. These Treasures are in three divisions: ‘La’ which are Guru Yoga meditations; ‘Dzog’ which are Dzogchen tantras and ‘Thuk’ which are yidam practices. These are the focus of his teachings and writings.

His Holiness also teaches in the Rime tradition which utilizes the teachings of Shakyamuni Buddha and other Tibetan Buddhist Masters.

H.H. Khenchen Lama Rinpoche states that the Paddling Terser covers all Nine Yanas or levels of Tibetan Buddhism from Sutra to Atiyoga. That is, it has the entire path by which a beginner can have enlightenment rapidly.

H.H. Khenchen Lama Rinpoche’s motivation this life is to share the profound teachings of this direct lineage from Guru Rinpoche with those who are interested in Tibetan Buddhism and meditation training. This direct lineage has led yogis and yoginis to complete freedom from suffering and to enlightenment over the past twelve centuries. Thank you very much for helping this dream come true! 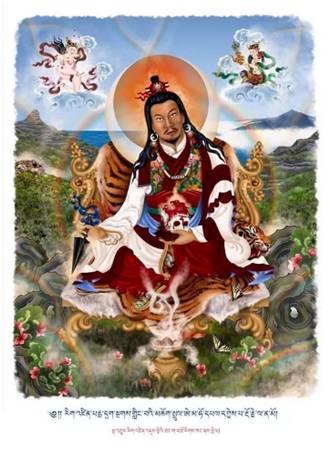 Thank you to the International Nyingmapa Rigdzin Community for the gift of these thankas! Please see www.namkha.org